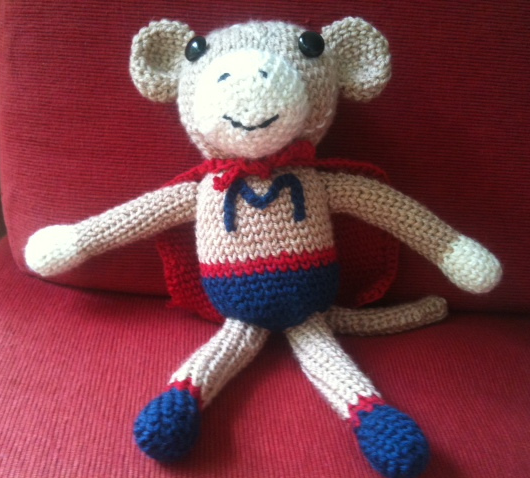 The rain has eased a bit, and Brisbane is recovering. Slowly. Here in Sydney the weather turned mild, but the humidity increased, and we’ve had drizzles of rain off and on every other day.

I’ve been crocheting like a crazy person (you can see some of the amigurumi I’ve been doing here) and watching lots of Jane Austen television, mostly because I have a dentist’s appointment tomorrow, and I’m beginning to get really scared. No real reason for all that fear, but since I had that horrible root canal I’ve had dentist fear. So I’m doing lots of crocheting and watching lots of television, occupying my brain entirely so I can’t think of anything else. During the other parts of the day I’m exercising obsessively, which is helping with anxiety.

I’m also doing job applications, which sucks. The pgrad diploma I did last year didn’t actually teach me anything useful about cataloguing or library routines, which is the stuff they actually want in new employees. This shits me no end. But I’ll keep doing the applications, and try to get better at writing my CV. I’m rubbish at it.

In other news, the neighbour has gotten a cat, which she lets out during the day, and which has taken to harassing the birds in the gardens. I have taken up the hose and become cRaZy Cat Watering Lady. I fucking hate the way cats kill everything. I particularly hate it that someone in a block like this has an outside cat kills all the birds that the rest of us enjoy in our shared gardens.

I DJed a set the other night that didn’t go very well. I had lots of excuses: the dancers had been dancing to too much live rock and roll music and that had screwed their lindy hop. The rest of us had been dancing to too many good jazz bands and that had spoilt us for recorded music. It was hot and humid. I was out of practice.
But buggered if I actually know why I did an ordinary job. I didn’t feel connected. I haven’t really practiced DJing properly in ages, and, to be honest, I’m much preferring dancing these days. I’d really rather be dancing like a fool than sitting on my arse, fussing over music while other people get to dance. Time to have a break, I think.

This is turning into a dreary post, isn’t it? I hadn’t meant it to be. But I guess things are a bit frustrating round here. I really need some sort of job or something. I think I’m going to go into the library next week and do some hardcore discography work. I have lots of music that I’ve bought from emusic which just has one artist’s name and a date that may or may not be accurate. And I need to tidy it all up.

Otherwise, I’m involved in the usual round of DJ coordinating gigs (MSF in Melbourne later this year for a start) and I’m helping a friend run his irregular late night dance gig, which is going to be lots of fun.

I’ve also finally gotten the Big Apple choreography under control. Now I need to really make it good. That means learning the trickier transitions and getting the arms right. And doing proper, clear, performance-ready weight changes and shapes. So it stops looking like a bunch of jiggling on the spot and starts becoming a series of complex, dynamic shapes and contrasting movements that’re actually fun to look at. This also means videoing myself dancing and then watching it over and over til I figure out what’s going on and how I can improve it. This, once again, is quite satisfying for ob-con girl.

I don’t really have much else to write about, so this is going to have to be a boring summary of my boring days, all framed by some fairly dreary self-pity. Sorry about that.

The doc suggested I try some decongestants to help my inner ears clear up (they regularly fill up with goo after I get heinous cold). So we went old school and now I’m taking Sudafed during the day. I can’t take it at night.
Basically, it’s turned me into a speedfreak. I’m trembling, I feel like I’m just about to deliver a lecture all the time and I have a few anxiety issues. Well, not real ones (I’m actually feeling pretty mellow), but I’m trembling, my heart is thumping and… well, my nose is running.
The most interesting part of all this? I can breathe through both nostrils, no wucks. I hadn’t realised til yesterday that I haven’t been able to breathe freely through both nostrils with my mouth closed in years. It’s a bit weird. I can’t help but wonder how this will help my dancing. Will I become an oxygen-rich bio-machine? Will I run faster, jump higher? And then crash, as my system compensates for this excessive performance, systems going into fuckdown mode, body eating its own muscles to replace the energy used in brief bursts of supersonic, arsekickingly sweet solo jazz?

Thankfully, the doc also checked my blood pressure – it’s perfect. So perfect, she commented a few times. I think that my winter-padding led her to believe I was actually At Risk. But she, of course, is unaware of the fitness-inducing effects of the cranky poo.
Also, I have gotten back into the cranky poo. I now remember the first half. I will work on the second half today, now that I’ve done the prep for teaching this week. Then I will be a gun.
Then I will go back to the Big Schnapple and see if I can finally figure out the second half of that.
It’s kind of nice having a memory like a sieve – everything old is new again.
And while we’re talking endorphine-charged speedfreakin’ old-is-new badassery… the jitterbug contest from Keep Punchin’. If you look real close, you can see me:

Perusing some old photos on flickr, I couldn’t leave this one. Check out that crinkled face. Doubting, much?

When at times the world seems just a little too irritating for words (like the times when the dress you’ve laboured over all day turns out just plain CRAP and you realise you’re STUPID for using the WRONG type of fabric, or when the International Slapper Quota is exceded), it’s nice to remember the little things.
Or the things that should be little but are actually strangely, Aardmanesquely giant… 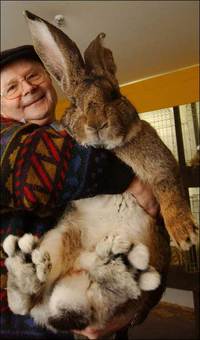