Half an hour per paper, 70 papers. Yes please.
Ask me how many days til MLX6.
73. Am I worried about it? Nope.
Ask me about the papers I have to write.
…no, actually, don’t.
Ask me about my application for funding goodness for the CSAA conference.
Yeah, it’ll be cool. I’m all over it.
The paper for the conference that’s getting me there and getting me the dosh?
Oh, look, something to do with the internet. It’ll be neat.
Ask me about the shitful job I did DJing last week.
Why ask. I’m sure you’ve already heard.
…there’s not so much going on in my life beyond work at the moment. This is about as exciting as it gets: 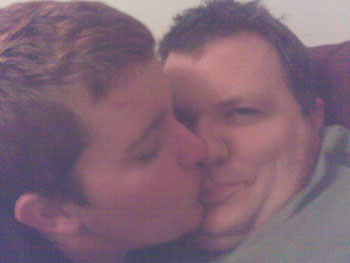 We are going lo-fi with the whole camera thing. We’re saying no to lots of pixels and yes to emoting. We are all about emoting.
We are going to SLX on the 29th September, mostly because we need a holiday, and this kind of gets us off our arses. That’ll be fun – we’re looking forward to stooging it up at the Manly Jazz Festival, eating, napping, talking shit and possibly drinking (though I will drink only softees). It’ll be just like an American road trip movie. But with more jazz. And fewer mooses (meese? baby meese?). Though I’m not sure about the boob part. There could be boobs. Or possibly moobs. Either way, somebody scores. And I’m not sure about the road part. I think there’ll mostly be trains, the odd bus and definitely a ferry. And a plane or two.
..hm. This post isn’t going terribly well. Looks like teaching is sucking my creativity right out through my… well, I’m not sure how it’s getting out of me, or where it’s going. Just imagine that I was a bit cleverer and that this post was a bit more interesting. Remember the days when I was posting posts that actually covered more than jazz and had the prose thing going on, rather than the list thing.
But meanwhile, the thesis is at the printer and will be submitted tomorrow! Yay!

I spend quite a few hours each week talking to young people about media. I begin every class asking them what sorts of media they’ve consumed this week (and that’s how I say it, because I like the thought of these fierce 20 somethings leaping onto BB or Women’s Weekly and devouring it – critically or no).
There’s much enthusiasm (this has been a surprisingly – satisfyingly – effective teaching tool), but all I can ever think to talk about is Smallville.I think it’s because I’m somehow still stuck at that point where the television = media. It’s certainly not the center of my media world.
I do watch a lot of [i]Smallville[/i], but I also watch broadcast telly. And other DVDs.
I listen to the radio online – the ABC almost exclusively, and Radio National specifically. I do listen to some lindy hop talk shows and music shows, but the ABC always scores the greater portion of my time.
I read the news online, through various websites.
I read blogs, academic and otherwise.
I read, voraciously, insatiably – I read over breakfast (half an hour at least), on the bus (an hour each way), in breaks, and at bedtime (at least an hour or two). I am a reading machine. And I only read science fiction or fantasy.
I do work reading – I read articles, books, magazines, journals, websites.
I haven’t seen a film in a while, but I do love the cinema. When I’m not so busy…
And I listen to music every day. I’ve just discovered The Squeeze’s ipod, and that’s neat. Though I mostly listen to the ABC, I have found it a neat tool for previewing my music for DJing. I don’t have time to sit on the couch and mull over my laptop any more – I have to listen to music on the bus. This isn’t an ideal arrangement for DJ preparation, as the sound quality on the ipod is very different to a night club system. And different to the stereo at home. When you’re dealing with old music, quality is all. But it’s also a matter of intimacy – it might sound neat on my ipod, locked away in that little sound bubble on the bus, but it mightn’t really work in a crowded room full of manic dancers.
But I don’t talk about this with my students. I’m not sure why. Perhaps I’m trying to keep this part of my everyday private. Maybe I’m self conscious. Or perhaps I’ve bought that DJ bullshit where ‘only DJs understand’, or rather, where we assume DJs listen to music in a unique way. Poppycock.
But I do know that it’s difficul to explain the pleasures of swinging jazz to 20 something media students. It’s difficult to articulate to non-dancers, to non-jazz dancers, the absolute delight we find in the jumpy, fun, wickedly naughty humour 1920s and 30s pop music. It’s certainly difficult to explain why the saucy innuendo is such a source of delight, and I wonder if that is because young people today (bah humbug) are more conservative, more prudish than the young of the 20s and 30s? It makes me wonder if that’s why I like nannas so much – they’re far naughtier than these youngsters.
This week I’ll test it out. We might talk about music this week, and leave telly behind for a while. I’ll try to tune in and let you know how it goes.

“So when you’ve done all this excellent reading, when you really know what you’re talking about, you’ve got to really make it work for you in your essay – you’ve got to BRING IT!”
You have to ask yourself, what sort of literature review would Frida do? 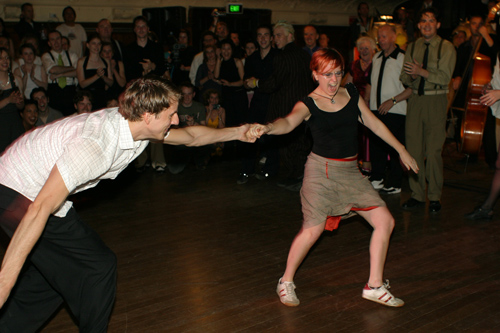