Yesterday a white guy had a troll on a productive discussion about teaching lindy hop. The original post in that discussion was

I was teaching “jig walks” today and it was pointed out to me that the word “jig” miiight not be the best of words. Anyone know anything about this?

This is a pretty good way to open a discussion about race in jazz dance, and it’s not the first time it’s come up in that forum. I won’t go into details here, because that’s not the point of my post.
This discussion had last been active about three months ago. Yesterday a white guy commented:

I am the only one with a Color Screen? or all screens are in black and white now?

I could just hear the eyes rolling from the southern hemisphere.

This is a classic tactic by antagonists in a social setting. We see this sort of behaviour in dance classes quite often, where a student (usually a white man, but not always) derails a discussion or activity with a ‘question’ that centers him and his feelings.

In a dance class setting, I would not engage with this questions, as it will eat up time and energy. As a woman teacher (who usually taught as a lead), I would be very quick to manage this sort of behaviour, as it’s a common tactic used by male students to grasp power in the class. So I’d probably ignore that comment and move us along with a practical exercise that demands attention. If the question is actually relevant to the class matter we’re working on, I would make very clear our position on the topic, and then move on. I think it’s worth looking at how we can, as teachers, respond to racist comments in class. Some of the strategies we use for dealing with sexism and homophobia will work here.

This is also a fairly classic and predictable tactic used by white men to derail discussions about racism. Again, the premise of this sort of question is that the interests of white men are more important than those of Black folk, and that antiracist action is somehow less important than ‘real’ topics.

In the context of dance, ‘historical accuracy’ is frequently used as a tactic for de-centering the interests of living Black dancers. In other words, it’s very common to hear a white male ‘dance historian’ argue that Black dancers in the past did X, Y, or Z, and did not talk about how a word was racist, and that if we are interested in historical accuracy, we must center _their_ behaviour. These sorts of ‘historians’ very rarely ask themselves why a Black dancer of a previous generation, making their wage from teaching white people, would not have spoken up about racism.

This is racist because a white person is using the name of a Black person who has passed as a sigil of authority, rather than standing aside for living Black people to speak and address their interests. They are, effectively, taking ownership of a Black elder and that elder’s knowledge. I can only imagine how maddening and infuriating this is for Black dancers.

In my own mind, when I hear this sort of talk from white, male ‘historians’, I think “Ah, here is a white man using the name of Black elders to maintain his own patriarchal power. He is not comfortable with young Black people (of all genders) changing the discussion to address their living needs and issues. So he dismisses issues like ‘language’ as ‘irrelevant’, and derails a productive discussion to recenter himself and his own interests.”

I find this co-opting of Black lives and people very disturbing. It is as though white jazz dance historians are more comfortable with a dead Black man than with living Black people. 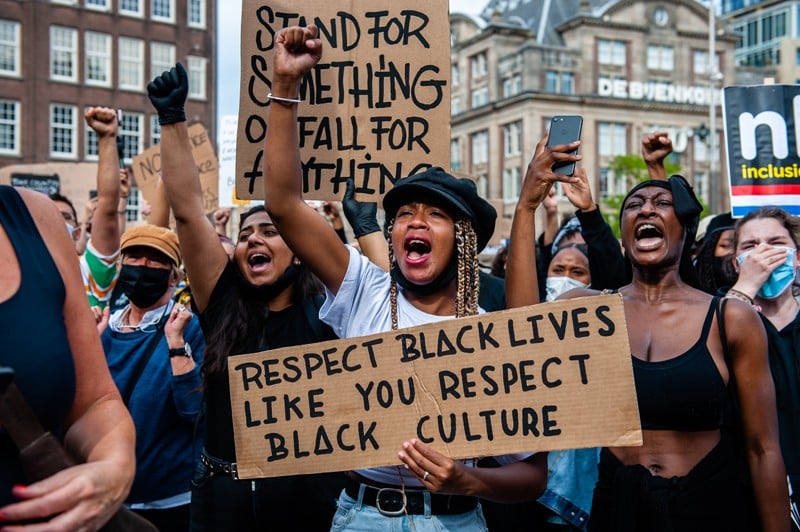