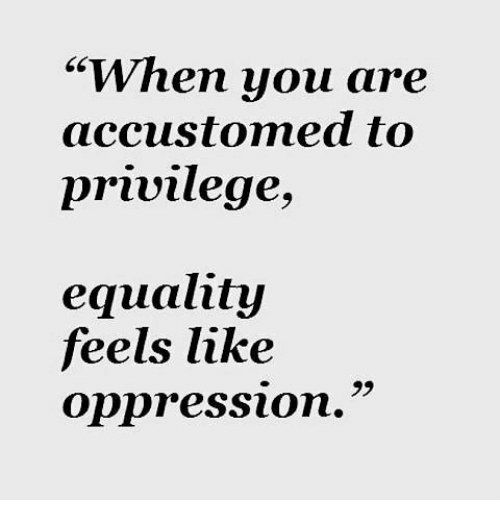 There’s a debate going on over in the Teaching Swing Dance group on facebook. A black dancer posted a real yawp of a post: a loud, angry, upset, emotional, frustrated shout. About his experiences with white dancers, about the blowback to Ellie’s post, Cierra’s response, and his own attempts to enter the discussion. Basically, he was fucking shitty with the white bros in the dance scene telling him to sit down, shut up, and get over himself.
All very legit reasons to post angry.

But then a (presumably white) woman posted in response:

I’m an admin for South Florida Lindy Collective. Thank you for taking the time to write your post. I understand that discussions regarding racism and appropriation vs appreciation can trigger people to react in unexpected ways. And, I’m sorry that you were not able to get through to your local organizer at that time. As a leader, I’m more interested in learning about how you personally plan to help make things better so that the swing dance community is more accessible to black communities. It is on ALL of us to learn the importance of swing dance history (that it helped unite a segregated country) and spread that knowledge. It is on each of us to be an active participant and welcome and invite each other to swing dance with positivity rather than passively waiting for someone else to make the first move. I encourage you to try reaching out to your local organizers again, after tempers have cooled, and present them with solutions. If they’re not on board, it’s ok. Start implementing your solution without them. Your efforts will be undeniable and YOU will be the change you’re seeking. (I highly recommend watching the movie “42” for inspiration on positive change regarding racism.)

I ask that post your personal thoughts and solutions in the existing thread regarding this issue as it will be easier to follow everyone’s input if it’s all in one place, which is why I’m denying your original post. I also ask that you don’t rant on this thread regarding your conversation with your local organizers because it won’t improve the global situation and may hinder positive change within your local scene.

I would like to add that I have not read Cierra’s response to Ellie’s post, but I would like to. Would you please send me the link?

Thank you for your efforts,
Cici
South Florida Lindy Collective

The immediate response from other people in that group was shock. How patronising. How tone-deaf. What a bloody shitful response.
Anyway, there was some interesting debate, some strong feels, some thoughtful comments all round. But this woman refused to bend. After a few posts, she wrote:

…I certainly don’t feel safe sharing my opinions here without feeling like I’m being judged or reprimanded for sharing them. And, not one person has attempted to address the difficult questions I posted…

Now, please note that I’m taking a small section of a longer post, and I’m presenting it out of context. But this is the issue I want to address, and it’s something I’ve seen come up a lot in discussions of race and gender in the dance world. Women who are disagreed with then respond by playing the ‘martyr card’. They’re usually relatively high status (teachers, organisers, etc), and they’re obviously not used to being disagreed with.
This strategy is an attempt to control the discussion, to set the terms of the debate. To reposition the speaker as powerful and high status.

It’s a clear example of a failure to grasp the main issue: they have power through virtue of their ethnicity, and/or position within an institution that is unjust.
Their response – presenting themselves as a victim – is an attempt to control the terms of the debate. To keep them in a position of authority. I see women do this a lot. And it narks me.

While I am sympathetic to your feelings, I’d caution you not to prioritise your own discomfort above the feelings of people of colour dealing with racism and injustice in America today (let alone the lindy hop scene). https://www.sbs.com.au/comedy/article/2016/03/21/white-men-are-under-attack-or-when-youre-accustomed-privilege-equality-feels.

[I shouldn’t have linked to satire, because these people never understand it]

Yes, it’s hard work to change the way you do things.
Yes, it’s challenging and a bit threatening to discover that you hold a lot of power and status when you thought you were just ‘normal’.

But we’re badass jazz dancers. We can totally do this.

[Another woman replied to this comment with a description of how her college lindy hop group had failed to get black dancers involved in their scene. I continued…]

I think this is an interesting point. We work with street dancers here in Sydney (almost all of whom are Asian-Australian, coming from lots of different countries in Asia and south-east Asia).
If you want people to come to your party, you have to go to their parties first. To be blunt, simply standing in your yard trying to get people to come over isn’t going to work.

Cierra wrote (in her brilliant response to Ellie’s article):

“I keep hearing the question: “How do we get more black people into our scene?” The answer is quite simple. Join our communities. Become our friends. Not because you feel some white guilt about how you participate in blues, but because you’re excited. Learn to code switch. Learn to adjust to other people’s cultures.” (linky)

I think that the fact that the students in the other groups were too busy with other stuff gives you an important clue. They have other priorities: spending time on their study, working on other issues, working with other POC. You might want, very badly, for them to get involved with your group and events, but it’s clearly not relevant or that important to them. This is a super important point: people of colour in America today have important things to do, just to keep from going under. _Particularly_ young people at university. They’re already battling a whole heap of bullshit, and have accomplished so much just to get there.

I think this is an interesting illustration of how lindy hop changed as it moved through generations. It had to change, it was changed, to maintain its relevance and usefulness. This is why I get quite angry about the ‘lindy hop died out’ historical narratives. Lindy hop didn’t die out, it just changed its spots.

So why would young black people go to a lindy hop event, where they have to take classes, learn new music, leap through a bunch of hoops and come in at very low status just to get in the door, for a scene that people keep telling them belongs to them? Why not do stuff they enjoy, at events and in groups that make them feel good, value their modern day life experiences, and provide support and solidarity in a decidedly hostile world?

All this should tell you that your modern day lindy hop scene doesn’t have what young black people need. So either you own that, or you change up what you do. To be more relevant, you need to go to those guys’ parties and events, and skill yourself up.

Time to do some work, white people.