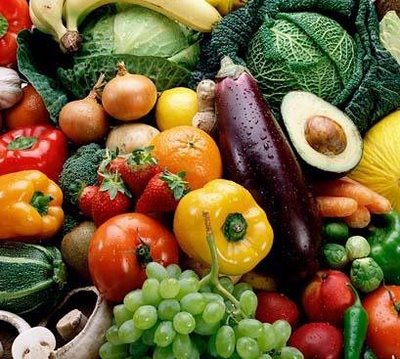 Laura linked me up with the Guardian article “Hugh Fearnley-Whittingstall: the joy of veg” and it reminded me that I’d been talking about our no meat week here and not reported on it recently.
We are still not cooking meat at home for dinner. It’s been ages, and we’ve only cooked meat perhaps 6 times since we started the no meat week thing. And we like it that way. We didn’t plan to go vegetarian, or even to keep not cooking meat, but we just like it. We like the way it makes us feel, we like the food, and the variety of the food, and the fact that we are eating seasonally simply because veggies taste better in season. I think we make more interesting meals, and I’m certain we’re eating more balanced meals.
The transition was pretty simple for us because I’ve lived in vegetarian households before, and know how to cook quite a lot of vegetarian dishes. And The Squeeze prefers eating vegetarian food and hates handling meat, so he preferred the change. Since we stopped cooking meat (98% of the time) our house smells much better (that was something we noticed straight away), it’s easier to wash up and we stopped relying on the fats in meat to make good flavours in our meals. Win!

I’d say we were spending less on groceries, but we seem to have replaced meat with things like organic juice and milk, simply because the taste is incomparable. You really cannot get better milk than organic milk. It’s amazing. So we’ve replaced meat with ‘luxury’ veggie products. Things we certainly don’t ‘need’ to eat, but things we are going to eat because they are DELICIOUS. So, budget wise, things are pretty much the same as the way they were before, except we’re eating better quality food. If we had access to a close organic veggie store, I’m sure we’d blow our budget on organic veggies. Because they are much tastier.
If we do buy meat, we only buy free range, organic stuff. That’s the deal. It stops us eating meat regularly (partly because other stuff doesn’t taste as good) and it makes us think more carefully about the meat we eat – we don’t just sling some mince onto pasta because we can’t be bothered. I’ve noticed that we don’t let veggies rot in our fridge the way we did before (and that was even though we have always been big veggie eaters), and we are definitely much pickier about the quality of the fruit, veggies and herbs we eat (and we were pretty picky before). No supermarket veggies for us (yucky – no has a flavour!).
I don’t know if we’re healthier. Meat isn’t particularly bad for you, unless you’re eating poor quality meat too often, and we’re certainly not avoiding other foods which are laden with sugar and fats. Not that there’s anything wrong with sugar and fat. But we have never been particularly big on processed foods (besides dairy foods and bought juice), and we’re a bit more interested in baking cakes and biscuits these days. The Squeeze definitely prefers the way he feels on this less-meat menu, but then he didn’t really like meat before. I love meat, I love good quality, well-prepared meat. But I quite like the way I feel eating less of it. I don’t feel ‘less full’, because we make filling, intensely flavourful meals that make us want to eat more. I haven’t ‘lost weight’ or ‘gotten skinnier’, because I’m still doing the same amount of exercise and eating the same quantities. But those things definitely weren’t on my list of reasons for dropping meat.

Basically, eating less meat makes me feel a bit less selfish. I couldn’t live with the thought of the way animals are treated by the food industry any longer. So I decided to opt out, a little bit at a time. We might go entirely vegetarian eventually, but for now we’re just easing towards ethical eating. And we like it.