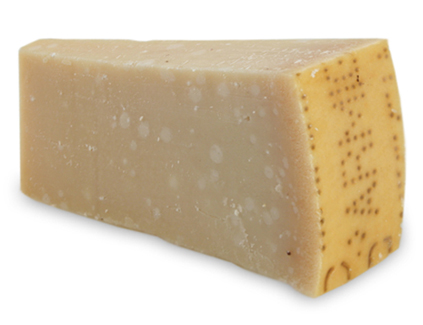 Well, breakfast was cheesy bread. Boring. I’m not very good with breakfasts, but it’s when I’m hungriest, so I like to eat big, filling things.

No fruit today, except some apples I’m going to attack in a second.

Dinner was a good one. This is a dish I used to make in Brisbane, but somehow forgot about. I remember it being very time consuming, but tonight it took a lot less time than I’d expected. Which is good, as I am incredibly bad tempered today, and also weepy with random and irritating depressed self-loathing. This sort of craziness smacks of PMS. Great. But it could also be a bit of pre-exchange anxiety. Off to MSF next week, where I’m coordinating DJs. Who are actually all very organised and capable, so it’s not them I’m worried about. Just random travel anxiety probably. Oh, and I’m off to Tasmania a week or two later. Parents. Suddenly, it all makes sense.

Ok, so now that we have that out of the way…. but really, what was I thinking? A complicated dish on a shitty day? Crazy. Crazy.

These quantities are kind of wacked. Don’t freak if you have extra red slop – freeze it and use it again later. But these quantities need a pretty bloody big dish.

Red slop sauce:
can borlotti beans (I used one can and 1 can of lentils as I didn’t have 2 borlotti bean cans). Borlotti beans are YUMMY.
can tomatoes (I used a big one)
garlic – I used 4 cloves because garlic is the reason we exist
onion – brown, diced
1 cup red wine
2 big tbsp tomato paste
random salad greens
2 big sprigs of oregano

Eggplant layer:
1 big eggplant
1 big zucchini
1 small red capsicum
-> should just have been 2 big eggplants, but I only had one.

Cheese. Grated. Intend to use parmesan, but forget and use bullshit tasty instead. Then discover the block of parmesan as you put the tasty away. Sigh in resignation. Fuck you, fromage.

Make the red slop the usual way:
– Saute the onions in some olive oil until they are edging towards brown. This is how you do them for Indian cooking, and that’s how I do them for everything now, as they give a richer, tastier flavour that way. Which could be a bit much if you’re not up for that.

– Saute some crushed up garlic with the onions, but do NOT let it burn.

– Ok, add the tomato. In a sudden rush that leaves the entire kitchen and your favourite jumper splattered in red.
– Stop and have a little weep.
– Get over it.
– Add the beans and lentils. Mix it all in.
– Remember the wine. Add that. And the tomato paste. Just chuck the tomato paste package on the counter when you’re done. Do it roughly, so you feel a bit better.
– Add random salad greens you’ve found in the fridge.
– Chuck in two fairly raggedy looking sprigs of oregano from the garden. Don’t bother looking for grubs. Organic protein is ok.

– Ok, now it’s a bit important to let all this simmer for a while. I didn’t, and it made the moussaka too sloppy. You want it to get thicker. And tastier.

– Put your oven on a moderate heat.

– Grill the eggplant. This bit is annoying. Make sure you brush the slices of eggplant with olive oil. I can’t be bothered salting. But you probably should. Fuck that, hey?
– Grill the zucchini and other capsicum.
– You want them to get brown bits, but not to burn. Except the capsicum. It can singe. Watch it doesn’t spit at you, though.
– When the Capsicum is done, let it sit, skin side down for a few minutes. Or put it in a plastic bag. Then pull the skin off. Get all the black bits off, as it’s bitter and yuck. Slice it thinly.

– Make the topping. I just plopped the milk, the yoghurt, eggs (unbeaten) into a huge jug and then used the stick mixer thing to beat it all up. You’re probably not supposed to do that. Fuck it. I like it to get a bit fluffy, because those air bubbles will be awesome later.

– Now, you have to build this fucker. This bit is surprisingly reassuring.

– Put all the red bean slop at the bottom of a baking dish. I use a deep dish by accident. A wider, shallower one would have been a bit better. 2 inches deep. Maybe 3. A pyrex one is best so you can see it in action. But not necessary.
-Discover that there’s too much red stuff and too much topping. Drink some of the topping, because it is yum.
– Worry about chucking up.
– Get over it.
– Put about half the red stuff in the freezer for later.

– Now you put all the veggies onto the red slop. Lay them all out to make a nice layer with no gaps.

– Now you carefully pour the topping onto all that. It makes a thick layer. I prefer it if it doesn’t seep down past the eggplant. But wtf, it’s no biggie. The eggplant usually floats to the surface. That’s cool. Don’t freak.

– Ok, put this thing in the oven for ages. Until the eggy topping stuff has set. This is where the bubbles are good – it makes a nice fluffy layer. The very top should kind of get crispy, the red slop will be hot all the way through. It takes 40-60 minutes if your oven is shit and you’ve miscalculated the times. You really want the eggy topping set. That’s why it’s eggy. So that it sets. If it’s runny, it’s not so good.

– I added the grated tasty cheese about 10minutes before it was done. This way it melts, browns, but does not form calcified lava yuck. The eggplant + this cheese + the borlotti beans + the rich wine taste is the reason we bother making dinner at all. This is utterly delicious.

We served it with plain old steamed broccoli. A big pile of it.

This is one TASTY dinner.