Ok, so I’m on the baking thing again. Made an amazing cake the other day – it’s a Two Fat Ladies recipe for Danish apple and prune cake. It’s more almond meal than flour (omg!), and I substituted figs for prunes last time, and this time I used fresh strawberries instead. Basically it’s a rich, sweet cake made from a batter (ie don’t over beat it) which you put sliced fruit on top of. Then sugar. Then cinnamon. Oh MAN it is AMAZING. Will post recipe when can be buggered.
But NOW I need a good banana bread recipe. I am distinguishing between banana cake and banana bread, here. I want something that’s not as sweet and sticky and glucky as banana cake. I want something heavier or doughy-er and not as sweet. No icing. No way.
Anyone got a good recipe?

fartechokes. We had them for dinner and it’s added an extra level of interest to watching Eurovision tonight.

Last night I did some fancy cooking.
It’s been a while since I really cooked – you know, the sort of cooking where you use every single pot and pan, the blender, the food processor and at least sixty zillion ingredients. Sure, I cook regularly, and have people over for meals, but I’m talking serious cooking. And for me, serious cooking means Indian cooking.
When I first moved to Melbourne I lived in a 4 person vegetarian share house. I took to it with a will, and relished our proximity to the Vic Markets. But it didn’t take long for me to get into dancing hardcore, and then I discovered that not everyone in Melbourne likes to eat. I was incredibly disappointed by swing dancers’ dining habits. And still am. There’s far too much bullshit pizza and ordinary pasta. No Indian. No Very little Asian (meaning any Asian cuisine) and far too many over-priced variations on meat and three veg.
The hours that I kept, as a hardcore dancer, meant that there wasn’t time to cook fancy food, and there wasn’t really much point when I wasn’t home long enough or often enough to enjoy it. I did enjoy the household – which had shifted from vegetarian to vegan, heavy on the co-op. I liked going to the co-op at UniMelb to pick up grains or to make my own peanut butter. I liked the Vic Markets very much, and eating sixty zillion types of veggie slop a week. But my inner epicure missed the challenge of serious cooking.
Seeing as how I’m now living the patriarchy’s dream – the little housewife* staying home to keep house while her man goes off to hunt down the bacon** – I’ve started getting serious about my domestic duties. I’ve started cleaning again (and now I’m thinking of PavCat and her post which sticks in my mind – I should print it out and stick it up on the wall), so our house is nice and I don’t have to wear thongs inside. I’ve been buying groceries regularly so we don’t get scurvy. I’ve been doing laundry regularly as well. And I’ve decided I needed to step it up, culinary-wise.
I am more than a little ob-con. I like order, I like strucure, I like tidying and sorting and putting things in containers. When we moved into this house The Squeeze was worried he’d come home one day to find his underwear in jars, lined up with the flour and sugar and lentils in their brand new Arc homes. If I’m working on something acka, it doesn’t matter if the house is blown up and there’s nothing to eat, so long as the words are all lining up nicely and carefully divided into chapters. But now that the whole writing thing isn’t working so well…
I’ve decided that I need to get into the hardcore cooking.
Last time I was into hardcore cooking, the rest of my domestic life wasn’t going so great. My seven year relationship was crumbling, my Masters was being squeeezed out of me, very slowly, and my family was kind of exploding. But fuck, I was eating like a princess. Home made pasta. Six course Indian feasts. Chutneys. Baked goods out the wazoo. Etcetera, etcetera.
Now I realise all that was seven years ago – it’s not long til I’ve been living in Melbourne for ten years. Ten years! I’d never made a definite plan for how long I’d live here, nor where I’d go next. Right now, I’d really like to go somewhere new, do something new. But that’s not really an option. Melbourne is great – I love it. But it’s getting kind of … old.
But, look, I’m off track, and wandering on with the introspection in a way that’s making my male readers uncomfortable…. holy crap, can you believe I actually wrote that?!?! GEEEZus. I really am slipping.
So anyway, back to me and what I want to cook.
Now I have this time on my hands, I’m thinking about getting jiggy with the food. Last night I was home alone for the third or fourth time this week (it’s been a busy week for The Squeeze, what with APPA and work meetings and interviews and things), and decided that I wasn’t going to cook stupid pasta again for my dinner, nor would I buy some dumb takeaway. I was going to use some of the neat veggies I’d just bought and get some curry action happening.
I have a few favourite Indian recipe books. Madhur Jaffrey, of course. A couple of others. And this great job.

Apparently he’s become a bit of an international celebrity. The breeder, not the bunny.

An east German pensioner who breeds rabbits the size of dogs has been asked by North Korea to help set up a big bunny farm to alleviate food shortages in the communist country. Now journalists and rabbit gourmets from around the world are thumping at his door.

Anyone have any good cake recipes that use oil rather than butter? I’m always after a good lacto-less cake recipe.
Actually, anyone got an unusual (yet rocking) cake recipe that they’d like to share? Please.

Now I need to make this. Curse you, pc – I was trying to be good after the christmas binge. We made the trifle and it was wonderful!
I made custard for the very first time (and it was amazingly light, fluffy and lovely), we used lots of lovely fresh berries (though I’d have used even more, and forgot a few of the things in the fridge – fresh figs, blueberries, etc), I forgot the jam layer (but we decided it wasn’t necessary as it would’ve made this even sweeter, and we liked the tartness of the fruit), we used lovely local Taswegian plum liqueur stuff instead of kirsch on the cake layer, we had to use bodgy bought cake for the bottom layer because we only decided to make the trifle at the last minute, but it was all GREAT.
Now I will have to make it with old sponge cake (for historical accuracy), or perhaps a dryer cake/bread base.
Follow the links from this photo on my flickr account to see a sort-of/abridged fewd bio.

pav, you’re the BEST! This recipe has convinced me trifle is worth my time: no jelly! No urky rum or cooking sherry! No sloppy custard! No runny cream! No canned fruit! YAY! The wonderful pavlov’s cat has blogged her recipe for trifle and I figured, what better thing to do with some of these sexy beasts?

These are wonderful organic raspberries, purchased at the Salamanca Markets yesterday. We will make trifle with them tomorrow (though I must admit, I find it difficult to resist nabbing a couple each time I go into the fridge): YUM.

And of course, thank you so much, pav: you’ve saved me from urky trifle! And prevented family dischord! Huzzah! Yesterday we made mince tarts. Well, actually, a few days earlier we made the mince meat (currents, sultanas, a couple of golden delicious apples, a ya pear, orange and lemon rind, brown sugar, butter, contreau… and some other stuff I’ve forgotten) and then kept it in the fridge. But yesterday we made 20 odd mince tarts. The Squeeze is King of Pastry – I am crap with pastry – and these were fabulous.

Here I am adding the filing to the shells. Check out the rest of the pics for more enthralling fewd action. 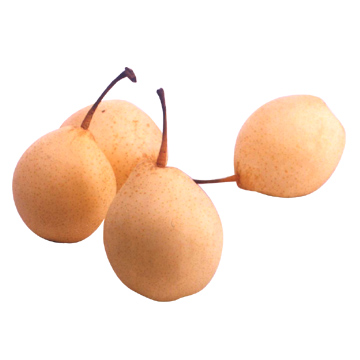 There’s something about the smell of ya pears that drives me wild. There are a couple in the kitchen right now, and I can smell then whenever I go in there (which is quite frequently). I love the smell – it’s a perfume.
I love them. I love ya pears. I do. Unfortunately, I can only find them in the supermarkets and I’m sure they’re full of chemicals and are a scary hybrid thingy. But I just imagine what they’re like if they’re organic. Mmmm…