Why Die Hard is a Christmas Movie 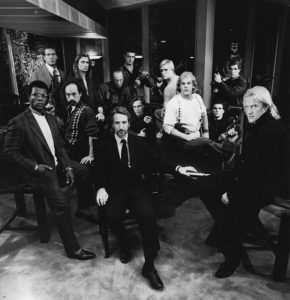 The flight is actually ok, people he meet say useful things that foreshadow later plot points. But it’s when he finally gets to his destination that the fighting begins. Unwelcome guests, drinking, desperate quiet moments alone in the bathroom. More fighting. The highlights are the little kids, and the friend he almost desperately hugs when they finally see each other.

Aside from all that, it’s actually a well plotted film. The tension builds, and every line of dialogue, visual, or character actively develops the story. Classic 80s cinema; you get 1.5 hours to tell a story, then get OUT.
There are some structural elements that are really pleasing. eg the Four Seasons motif that is played by a string quartet on screen, then hummed by various characters, and finally appears as a thematic element in the film’s score; Alan Rickman’s accent(s) are really magic – english sprinkled with the odd German emphasis on a vowel, the ‘American’ accent, etc.

In fact, Rickman makes the film. He perfectly embodies the greedy (aspirational?) crook who longs to have the sort of outrageous fortune that allows him to wear Saville Road suits and not brag about it.

It’s your classic 80s Hollywood film: ‘average joe’ working class white guy from NY overcomes feminism, Japanese workplace culture, financial greed, LA, and all the markers of 80s American bubble economy. All with plucky inventiveness and bravery. If you pay attention (or at least look at the screen occasionally), it is sexist, racist, homophobic, anti-intellectual, and violent.