31 women killed in Australia so far this year (https://www.facebook.com/DestroyTheJoint) 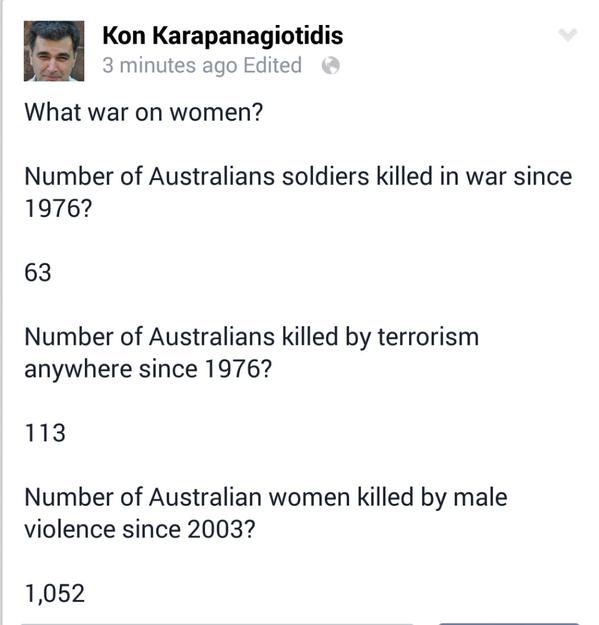 I got a bit tired of being afraid (because I’m a woman, and my friends are women), so I’ve started speaking up when I see or hear about men sexually harassing or bullying women in the lindy hop world.

See a guy pulling out unwanted air steps on the dance floor? Tell him to stop.

I’m also pro-actively talking about consent, boundaries, and respecting each other’s personal space and body in dance classes – to all students.

A woman needs someone to stand next to them while they tell a guy to back off? I’m that person.

Doing this can be scary, but it makes me feel brave. And that’s the best antidote to these sorts of statistics.
Does it mean I attract stroppy responses from men? Yes. But it’s better than that helpless feeling you get when you finish a dance where a guy has touched your boob 100 times, or holds your hand so tightly he leaves fingermark bruises, or yanks you into a swing out so roughly your shoulder aches.

I want to repeat: when I ask a man not to do lifts on the dance floor, or to stop touching women, he often responds with aggression. A guy got nasty with me on Friday when I asked him to stop pulling air steps. And then he came back to me when I was DJing. And back when I was packing up afterwards, and loitered in my peripheral vision until I’d finished talking to a number of other people. Then he had another go at me, and wouldn’t go away when I said, clearly, “I don’t want to speak about this. Please go away.” I had to actively walk away.

All I did was ask him not to do lifts on the dance floor. I was very polite and non-threatening. And he got angry, and then he came back, and wouldn’t go away.

I wasn’t afraid (because I could take him), but he was bullying and threatening. If I hadn’t done this before, if I didn’t know that I was brave enough and strong enough to deal with this, I’d have been afraid.

And men – you need to call other men on this. Because these types of men are used to bullying women, but they’re not so brave when another guy confronts them.