This is a performance from the Saturday night party at Sea of Rhythm. When Jason first began, I was a bit ‘oh geez, enough manpain already,’ ready to be cynical and quite scathing. But Jason was 100% fully legit. It was a bit like watching James Brown. At first I was all cynical, and then I was whelmed, and then I was overwhelmed.

Tap dancers are really good at bringing the ‘act’ – the whole performance. Jason entered the stage with presence, and then he sustained it for the entire performance. And he really was good enough to justify all that manpain. By the end, I was totally won over. My only regret about this videos is that you can’t see his face. He danced with his eyes closed, feeling the feels. 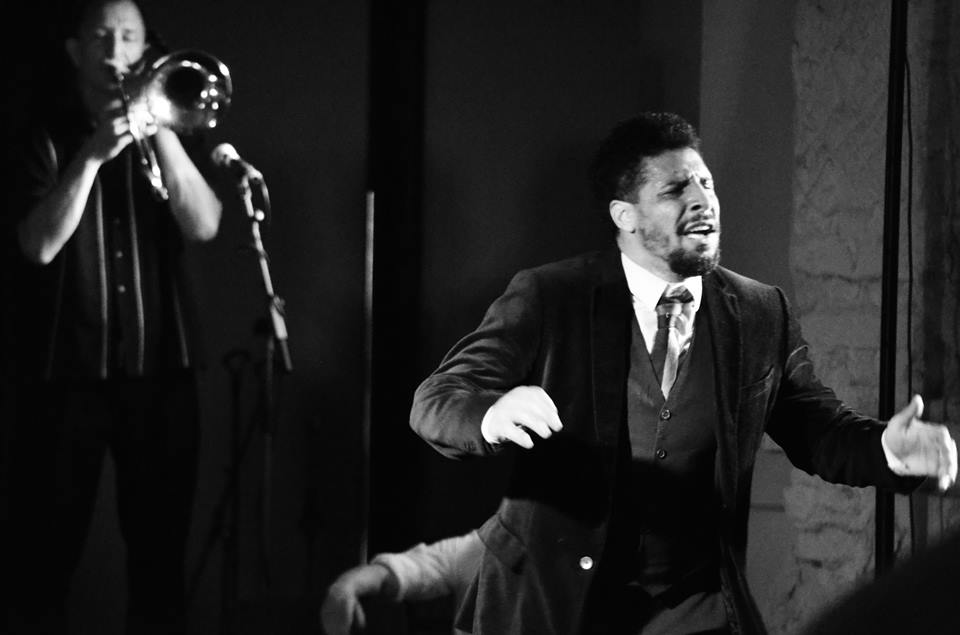 (photo by Emily Newbold, via the Sea of Rhythm fb page

I think this was one of the best parts of Sea of Rhythm. I was totally wooed away from my usual cynicism. And masculinity! There was all sorts! It was so exciting!

Really, this is the difference between lindy hop and tap scenes: the tappers have serious skills. And they bring the show.