I know nothing about this woman. 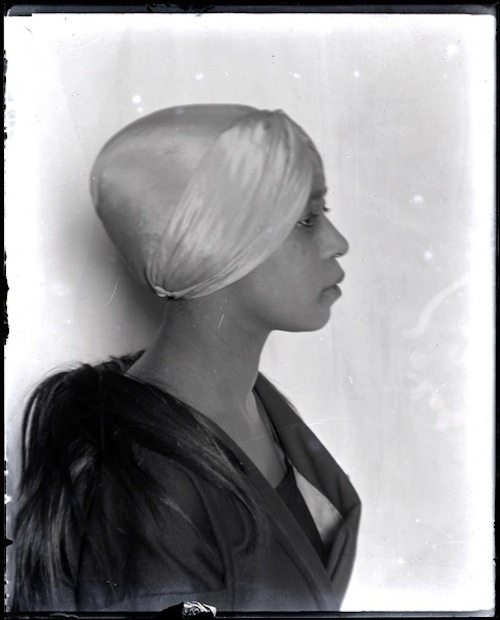 A circus artist, then a popular model, then a self-trained, occasional music hall dancer and actress, Aïcha Goblet had already taken many of the career steps that Baker would herself later attempt, and evoked a very similar response from many critics. As Salmon remarked, in language that more than obliquely references Baker, “the voluptuous beauties at the Colonial Exhibition could not vie with those in Montparnasse … The Miss Africa of Montparnasse is Aïcha.” Nevertheless, Aïcha did not become nearly as celebrated as Baker and had to content herself with making a modest living and enjoying all the while an impeccable reputation.

If Aïcha is often naked, she rarely undoes her head kerchief—now cabbage-green, now the color of silver—which suits her so well. Aïcha is too much a girl from Roubaix not to be perfectly civilized. She sits, she dances, she is pleasant. Long before Josephine Baker launched the fashion of banana belts, Aïcha wore, at wild parties in Montparnasse, her diminutive raffia skirt.

I can’t find any footage of her dancing.