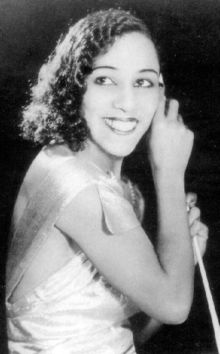 I’m a bit pushed for time today, as I’m in the middle of a dance weekend, but, well, I’m also hardcore. I’ll look up some less well known women later in the month when I have more time. :D

Blanche Calloway was Cab Calloway’s older sister, and was a musician, bandleader and composer in her own right.

This is a song she composed and recorded in 1934 with her male band the Joy Boys:

lindy hop and other dances, music, research, Women in History 2012