Essential Swing from dogpossum on 8tracks.

Direct link to this 8tracks set which includes one song from each of these albums.

Our students keep asking us for music recommendations, so I’ve put together a list of albums I consider ‘essential’ swing for new dancers, or people just beginning a collection. The first draft of this list had about sixty million albums and eleventy hundred artists. But I had to keep this real. I think this list is a bit long – 19 specific albums and a heap of modern artists? Too long for someone who’s just starting to collect!

This is, really a list of music that I think would kick off a good collection. It is, of course, informed by my own musical preferences, and by the music I started my collection with (and by Reuben’s excellent list). I expect most people to argue with me about this list – that’s a good thing. We should all have strong feelings about the music we dance to, and we should all be heavily invested in musicians and their work. If we just got up and danced to any old shit, our dancing would would be totally rubbish. But this is a list of albums that I think are a good place to start a collection. My list of definitive, most important to lindy hop (or charleston, or balboa or blues or jazz) music would probably be quite different.

Putting this list together, I realised that I’ve been neglecting a lot of these staples in my own DJing. I’ve been using lots of modern bands and getting into more esoteric artists and recordings. And, frankly, I think that’s a mistake. Here’s the provocative part of this post: swing DJs today need to play more solid big band swing, and to lay off the rare-and-unusual small band esoterica.

Buying swing music is very different these days, just seven years after I started DJing. I remember hunting down that Count Basie ‘Breakfast Dance and Barbeque’ CD at a local Borders. I’d be surprised if you could find it in any music shop today…though I do see it (very rarely) in a JB Hi-fi. Actually, the only brick and mortar shop I recommend is Music Without Frontiers in Hobart. That guy who runs that shop knows EVERYTHING about all music. If he suggests something to me, I buy it, whether I know the artist or not. Because he’ll only recommend very good quality albums, by important artists. Even if I don’t love it at first, I know I’ll suddenly realise, even a year later, that this is the important album I needed to hear.

Most of the first albums I bought were CDs purchased online through amazon, my collecting prompted by a sudden surge by the Australian dollar, are now available through itunes, and I can’t really imagine a good reason for not buying electronic versions. Sure, you won’t get the liner notes, and that means you won’t know who’s in the band, when songs were recorded, and in what cities, but all that information is available online in jazz discographies like Tom Lord’s Jazz Discography, or sites like www.redhotjazz.com. Actually, now I think about it, it’s quite difficult to get decent discographical information for jazz. Someone really needs to put a copy up on the torrents, because no one is going to care in a few years; jazznerds are dying off.

So, to make sure there are a few more jazznerds to replace them, here are some gateway drugs.

The beginnings of a swing music collection.
Just getting into swing dancing, and wanting a bit of music to practice to, or to just help you figure out what the music was all about? Hopefully this list will be helpful. I’m going to tip the list upside-down, chronologically speaking, so the most accessible stuff – the contemporary bands and 1950s stuff – is at the beginning. But feel free to graze the list randomly.

Where do I start?
Collecting swing can get addictive, but it can also be a bit overwhelming at first. Big band classic swing from the 1930s and 40s is probably the most important. This is a good compilation to give you a taste of the different artists in the classic big band swing family: 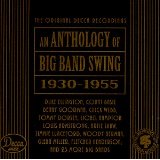 Modern bands:
A lot of new dancers like to start with 1950s recordings, or with current-day bands recreating old sounds. That’s totally cool – they’re a gateway drug!
There are lots and lots of bands doing great music all over the world today. This album is a must-have, and a very good place to begin a collection: 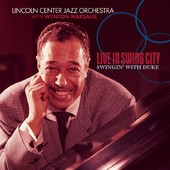 Here are some other bands that are popular with dancers (in no particular order):

After that, it’s a matter of following your nose. Chase down the original recording(s) of the songs on these albums and see what you like.

Music by decade:
Harlem lindy hoppers of the 1930s and 40s, like Whitey’s Lindy Hoppers were mostly into big band swing, and would go out to dance to big bands most nights of the week at big ballrooms and dance halls like the Savoy Ballroom.

This is a very basic list of good quality albums with lots of good dancing music by musicians and bands from the 1950s, 40s and 30s. 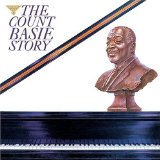 A 2-disc recording of Basie’s ‘New Testament’ big band in the studio. Features many of the hits from the bands’ 1930s playbook, including ‘Jive at Five’ and ‘Shorty George’. Joe Williams on vocal again.
[amazon; itunes] 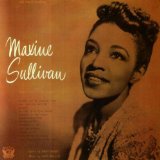 A recording from later in her career, Sullivan sings with an excellent group of musicians, famous in their own right (including Buster Bailey, Milt Hinton, Dick Hyman).
[amazon; itunes] 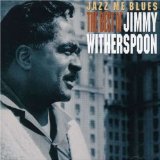 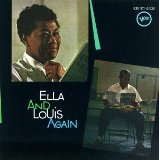 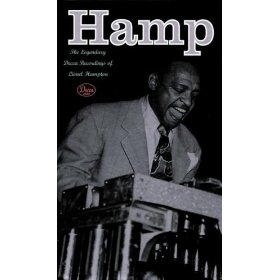 A 2 CD set featuring some of the best 1940s Lionel Hampton big band music. The 50s stuff is a little too jump blues for lindy hop, but is still lots of fun. This album comes with lovely packaging, including great liner notes. Features iconic song ‘Flying Home’.
[amazon; itunes]

Often overlooked by modern dancers, Barnet’s big band was very popular with lindy hoppers in the swing era, and this album is a good introduction to its 1940s recordings.
[amazon; itunes] 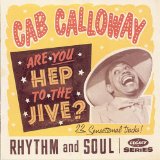 Cab Calloway is probably best remembered today for his performance of ‘Minnie the Moocher’ in the Blues Brothers film, but this charismatic band leader led an excellent big band whose lyrics were usually played for laughs.
[amazon; itunes] 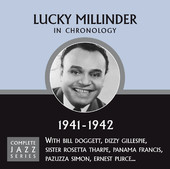 Lucky Millinder’s band with Sister Rosetta Tharpe singing is very popular with dancers, though his work with the Mills Blue Rhythm Band in the 1930s is perhaps a little better.
[itunes]

Slim Gaillard and Slam Stewart were recording large number of funny songs which are great for dancing throughout the 30s and 40s, and then into the 50s. They’re very popular with dancers today.
[amazon; itunes] 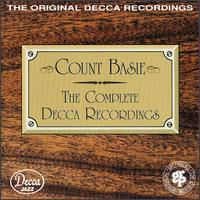 A 3-CD collection of the 1930s hits by one of the best-known band leaders of the swing era. This is a big set, so it’s worth previewing the songs to find ones you like. Popular songs include ‘Topsy’, ‘One O’Clock Jump’ and ‘Jive at Five’.
[itunes; amazon] 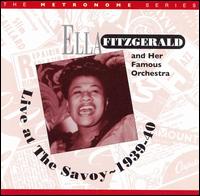 Features Ella leading (and not singing much) with the Chick Webb band just after he died. This is a brilliant series of live recordings which really capture the feel of the Savoy Ballroom, home to lindy hop!
[amazon] 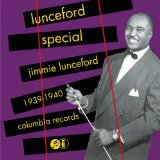 Lunceford’s 1930s big band is very popular with dancers, and this is a great collection of Lunceford songs from just one year, including dancers’ favourite ‘For Dancers Only’.
[amazon; itunes)] 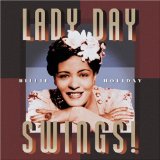 Billie Holiday in the late 30s and early 40s, mostly with Teddy Wilson’s Orchestra. Holiday can be a bit tricky for dancing because she does complicated things with timing, but the bands are great and the songs are all very famous.
[amazon; itunes] 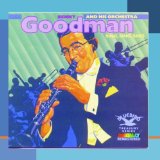 Goodman is famous for both is small and big bands, but this is a good introduction to his 1930s big band recordings. Includes the songs ‘Bugle Call Rag’ and ‘Roll ’em’.
[amazon; itunes]

Jazz era: 1920s
There’re lots and lots of very excellent artists and albums in this group, but I haven’t gone into them here, as I don’t really think they’re a great place to begin if you’re looking for music for lindy hop. I do think this a group worthy of its own post, so….

Places to buy music:
It’s always best to buy albums directly from bands if you can, so checking their websites is a good start.

Digital downloads:
– itunes
– CDbaby for modern bands, and some older stuff
– bandcamp
– emusic if you have access to an account

Brick and mortar shops:
– Music without Frontiers in Hobart
– ordering at your local music shop (often cheaper and faster to buy online yourself)