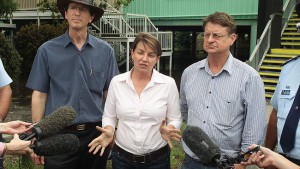 I’ve been thinking about the role of MCs in the dance world, lately, and why so few of the best known (and paid) MCs are women. Basically, the reason is SEXISM on the part of organisers. If you haven’t hired a woman MC, you’re buying into patriarchy. That’s just the deal. Excuses like ‘He’s just so funny’ or ‘People know him’ or ‘I just can’t find any women MCs’ will NOT fly. Teaching at an international level requires good speaking skills, so if you’re hiring a woman teacher, you’ve got the beginnings of good women MCs.
This is my favourite bit of this article (of course):

Know that the rules are there, and that they are stupid. And chuck them. Overcome them. Overturn them. If we all stopped playing by the rules, then the rules would quickly crumble. Make your jokes, admit your weaknesses, boast about your accomplishments, wear whatever-the-hell you like, don’t give a damn about a few extra kilos, take up a lot of space, and generally act like you own the joint.